Architecture and wine united in a packaging design 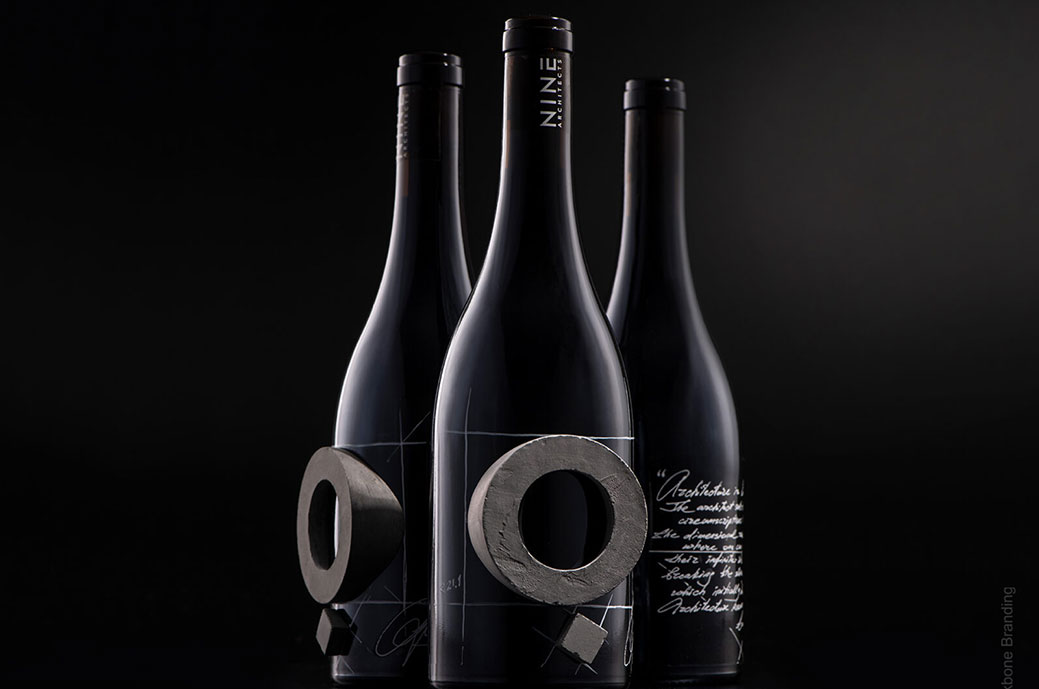 In the same way that an architect needs to break stereotypes to set a new standard in architectural problem solving, Backbone placed an architectural construction in a bottle cylinder type, which is the prototype of skyscrapers and structures that rise from the ground, whose surface is not flat and uniform. These are two geometric shapes that make up the company's logo 9.

They took a shape, filled it with real concrete, got an architectural structure, and put it in a cylinder-shaped bottle. In addition, the concrete construction that rises from the bottle has not only a design purpose, but also a functional one: it serves as a device to hold the bottle in a horizontal position. As a result, Backbone minimizes an entire building in a bottle of wine.

Lagar de Moha presents the organic wine Tiempos Modernos
Tiempos Modernos de Lagar de Moha is an organic wine from the Godello variety from Castilla y León, from the Rueda area. Its label stands out for the illustration of a car and is inspired ...
Jordi Tarrats, CEO Mediactiu
«We not only design, we provide differentiating value to companies» Mediactiu is an advertising agency in Barcelona, ​​specialized in graphic design and branding, which has a multidisciplinary team ...
José Ramón Benito, President of the DocuWorld Group
«Our main objective is to achieve the highest profitability» Grupo Docuworld is made up of seven graphic companies: Eman, Drimpak (packaging), Nde, Rever (labels), Universal, FormSystem (...
Roberto Beltran, CEO of Delamata
"We focus on making our designs a sales success for the client" Delamata is an independent branding and packaging studio located in Madrid, with more than 15 years of experience...
Call for ARCAPACK Awards 2021
With the experience accumulated for more than 25 years by International Verdicts and especially certifying the excellence of the packaging design, the ARCAPACK 2021 awards are convened again. L ...
Australian Premiere of Xeikon Panther PX3300 UV Inkjet Label Printer in...
Xeikon has introduced the Panther PX3300 UV inkjet label printer to visitors at PacPrint 2022 in Melbourne. The Australian trade fair for the printing, signage...