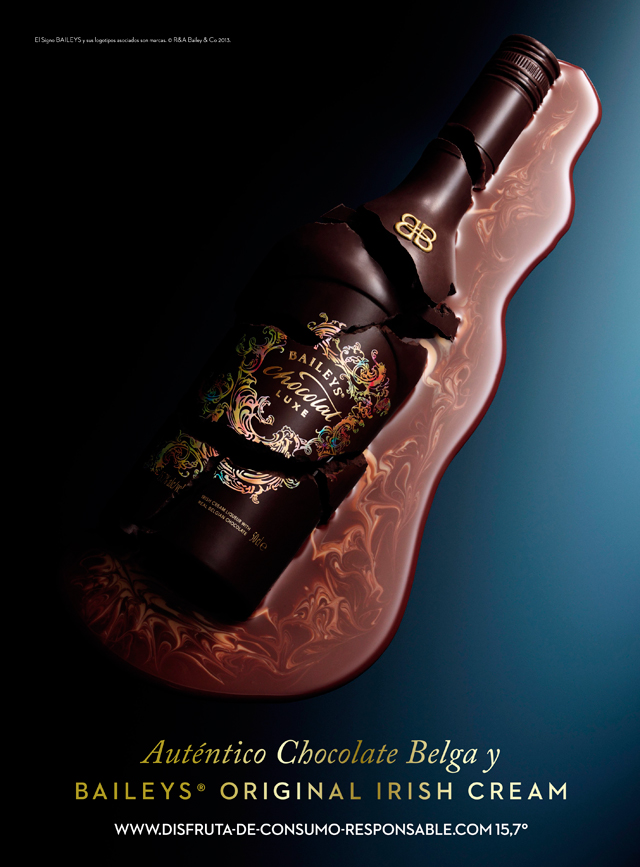 Baileys Chocolat Luxe is the result of the fusion of the best Irish whiskey with Madagascar vanilla and Belgian chocolate. Both its packaging and its advertising campaign surprise and attract, linking this drink with the world of chocolate. The elegant 50cl bottle has been available at the main distribution and hospitality points in Spain since September.
Women are the heart of Baileys marketing. Building on this premise, which has guided the brand since its inception 40 years ago, Diageo has launched an ATL (above the line) and BTL (below the line) advertising campaign for the launch of Baileys Chocolat Luxe. The creatives of the ATL campaign, with a presence in print and digital media (including television spots), are made by the 101 agency.
Activation in BTL includes visibility at point of sale, on-line and off-line, samplings with 5cl on-pack thumbnails and product tests with sales incentives. The campaign is developed by Love and WARL agencies globally and Versus has adapted it for Spain.
In total, Diageo has invested 11,75 million euros in the campaign, which will be active during November and December in 15 European countries (Great Britain, Germany, Spain, Austria, Greece, France, Ireland, Norway, Denmark, Sweden, Italy , Portugal, Belgium, Holland and Switzerland).