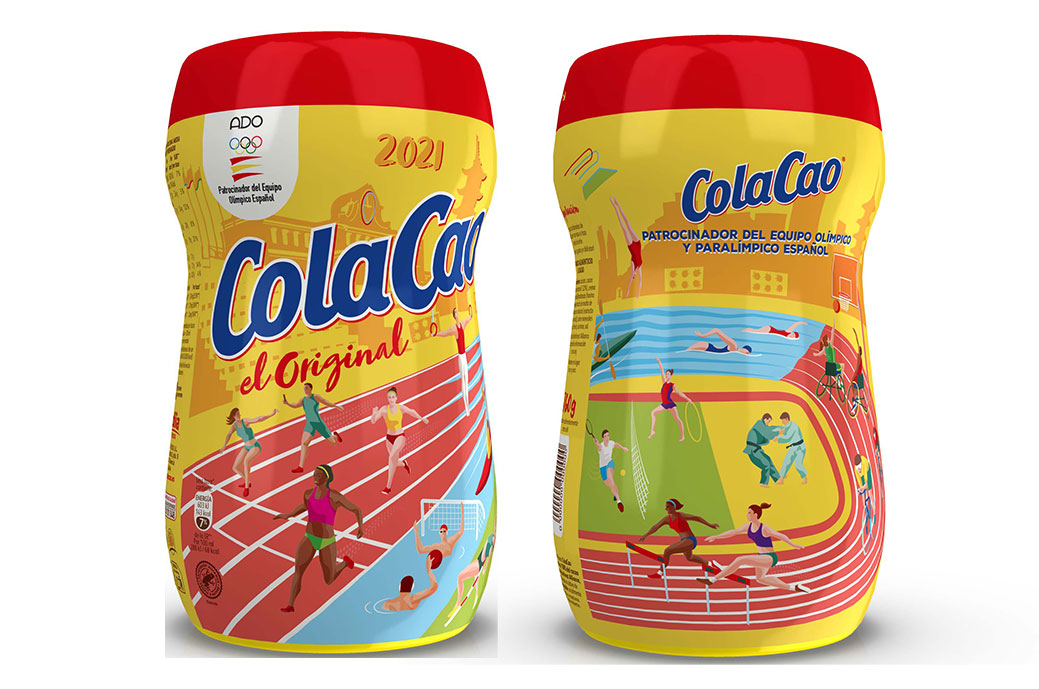 On the occasion of the 50th anniversary of its association with Olympism, ColaCao pays tribute to Olympic and Paralympic sport with a Limited Edition of your label with the olympic gamesTokyo s as protagonists.

The Olympic stadium is thus moved to the popular ColaCao canister and represents athletes from disciplines such as athletics, swimming, basketball, cycling, gymnastics or water polo, with the presence of Olympic and Paralympic athletes, also showing ColaCao's support for inclusion and diversity.

«ColaCao has always promoted the positive values ​​of sport as a brand. It is a pride to be able to celebrate 50 years alongside the Olympism. Doing it with a special edition of our boat, as sponsors of the Olympic and Paralympic teams in our country, gives it a very special character, "he says. xavi pons, CEO of Idyllic Foods, company that integrates ColaCao.

ColaCao began its relationship with Olympic sport in 1972, at the Munich Olympic Games, and since then it has continued to support both grassroots and professional sports. It is a sponsor of the Olympic and Paralympic team, through its support of the ADO and ADOP programs of the Higher Sports Council.

A wine to share
Rosa de Alejandría, from Bodegas Gardel, is a special wine to share, to live experiences, extol the moment and dedicate time to whoever we feel like. For this reason, Too Lovers Design decided...
A sleeve by IPE Industria Gráfica for Aline Juvenelle champagne, awarded at the Finat
The sleeve made by IPE Industria Gráfica for Aline Juvenelle champagne has been the winner in its category of the annual Finat Label Competition 2021. The jury has recognized the excellence of ...
Bobst improves the design of the Mouvent LB701-UV digital label press
Bobst's Mouvent LB701-UV digital label press design update means easier and more ergonomic access to the ink booth, with the ability to process coils of ...
Dulcesol incorporates QR codes on its packaging with recipes
Dulcesol, the bakery, pastry and bread brand of the international food and distribution group Vicky Foods, has included QR codes on the packages of various references in its portfolio with r ...
Perrier and Murakami's pop universe
Perrier presents a limited edition of its iconic sparkling natural mineral water bottles with original illustrations by Takashi Murakami, available during the first quarter of this year ...
Fedrigoni's marketing, in Philip Kotler's new book
In the recently featured book "Essentials of Modern Marketing - Made in Italy Edition" by marketing guru Philip Kotler, among the 30 best practices of virtuous marketing, i ...