Consumption of beverage cans increased 4,6% in 2020 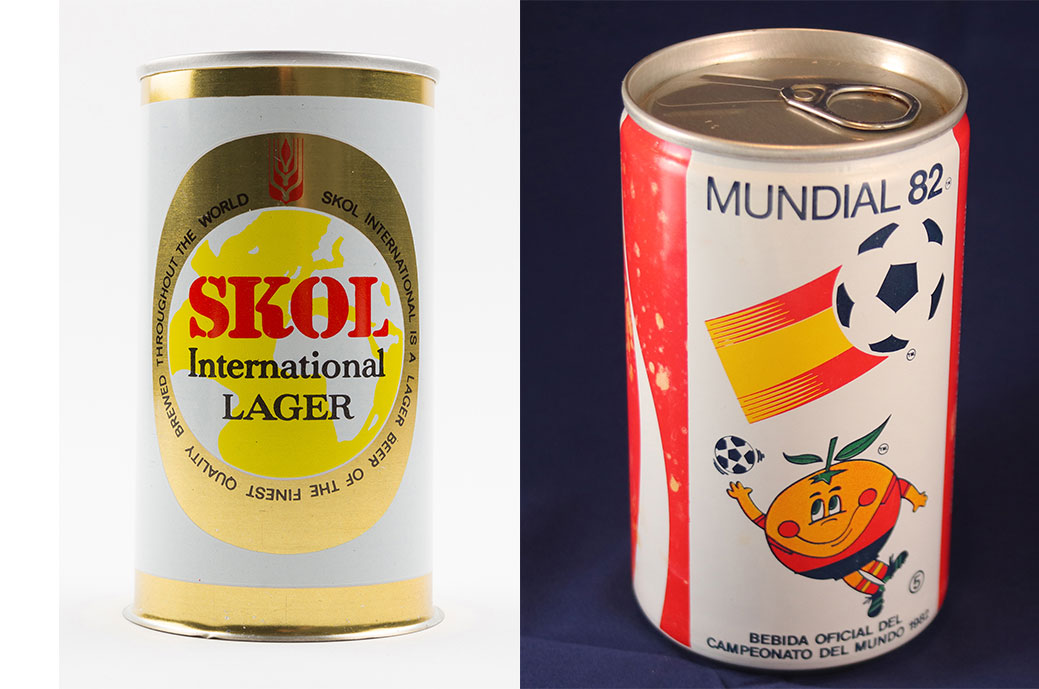 Photo: Lata Skol, the first beverage can in Spain (1966), and Naranjito can.

In 2020 the consumption of beverage cans en Spain increased by 4,6% in volume, driven mainly by higher home consumption of beer, a figure that makes sense if we consider how the Covid-19 pandemic has modified traditional purchasing and consumption trends. The reduced influx of visitors and the restrictions imposed on the activity of the hospitality sector have had an enormous impact on the behavior of the beverage can sales channels, transferring part of the consumption to the home.

The Socioeconomic Report of the Beer Sector 2020 prepared by Cerveceros de España, ensures that for the first time in history, the consumption of beer at home (56%) exceeded non-home consumption (44%),

Metal Packaging Europe (association that brings together European producers of containers metallic: beverage cans, food cans, aerosols, lids, closures and other consumer products) commissioned Ipsos to conduct an opinion survey in 7 European countries to find out the consumer's perception of the beverage can. At the end of 2020, 1.000 telephone surveys were conducted in Spain, to people between 18 and 65 years old.

The results leave no room for doubt: 6 out of 10 respondents stated that they consume cans of beverages at least once a week and even 11% do so daily (doubling the European average). Curiously, the consumption of beverage cans is higher in the 25-65 age group than among those 18-25 years old.

Another finding of the study carried out by Ipsos is that, after consumption at home, 83% of Spaniards claim to separate the beverage cans for recycling in the yellow container. In less than 60 days, this aluminum returns to the consumer's hands in the form of a new can or other objects, an example of a circular economy. 61% of Spaniards consider that the can is easy to recycle, however, when asked what measures would be more effective to increase recycling when consumed outside the home, the most mentioned was, with 86% of those surveyed, have more containers for recycling. Another interesting fact is that 59% of those surveyed emphasize that everything can be recycled from the can. Metal Packaging Europe's roadmap targets 100% recycling of aluminum beverage cans by 2030.

New cardboard packaging for MakeUp Eraser
7 years ago MakeUp Eraser created a sustainable product to remove makeup. Continuing its effort to reduce plastic waste, its plastic packaging is now replaced by a box ...
UPM Raflatac and Sabic introduce PP label material with recycled content
UPM Raflatac is collaborating with Sabic, a world leader in the chemical industry, for the first polypropylene (PP) label film made from post-consumer recycled plastic (PCR) in the world ...
Aldi's rice, in 100% recyclable Coveris packaging
Coveris has teamed up with Veetee, one of the UK's largest rice suppliers, to launch fully recyclable packaging for Aldi's own brand rice. Aldi has replaced the ...
Constantia Flexibles presents Perpetua Alta, a recyclable laminate with improved chemical resistance
Constantia Flexibles presents Perpetua Alta, the first ready-to-recycle monomaterial based on polypropylene (PP) with high chemical resistance for pharmaceutical products. “We highlight the n...
Eviosys, a new manufacturer of steel and aluminum containers
KPS Capital Partners constitutes a new company by completing the acquisition of the food packaging and consumer products company Crown Holdings Inc. in the EMEA region. Eviosys launches ...
«Matte & Mirror Impact» diversifies the Ardagh Group's range of finishes
The latest finish for beverage cans created by the Ardagh Group, called 'Matte & Mirror Impact', combines the trend of mixing glossy and matt surfaces. A new compound of ink in ...