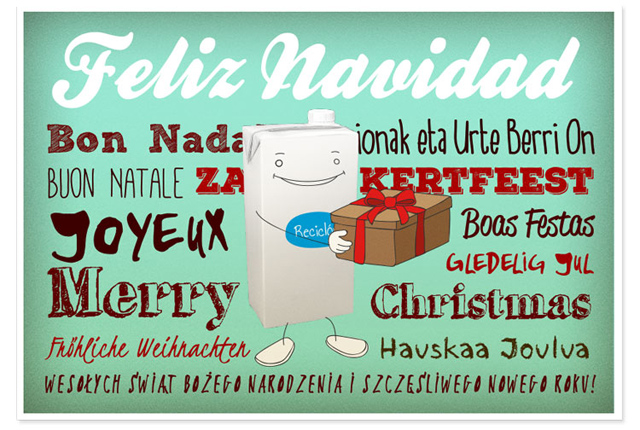 One more year, Reciclón, the character of Tetra Pak on social networks and the Red Cross, will launch the initiative Postales Solidarias with which it is intended to collect the largest number of liters of milk to donate to the most needy people.
Central Lechera Asturiana, Calidad Pascual, Covap, Feiraco, Kaiku, Puleva, Amandin, Costa, JSP and Nestlé Junior are the brands that collaborate with Tetra Pak in a solidarity action that last year, in just two weeks, managed to achieve a great amount of liters of milk for the Red Cross thanks to the mobilization of thousands of fans on social networks.
The mechanics to participate consist of three simple steps: choose one of the original postcards proposed by Reciclón, write a short Christmas greeting (no more than 250 characters) and share it on the Facebook wall with friends. For each shared postcard, 10 liters of milk will be donated, which will accumulate in a counter available at the top of the Recyclone website, as well as a Christmas tree that will be illuminated as users spread the postcards until the proposed goal is reached: the donation of 12.500 liters of milk.