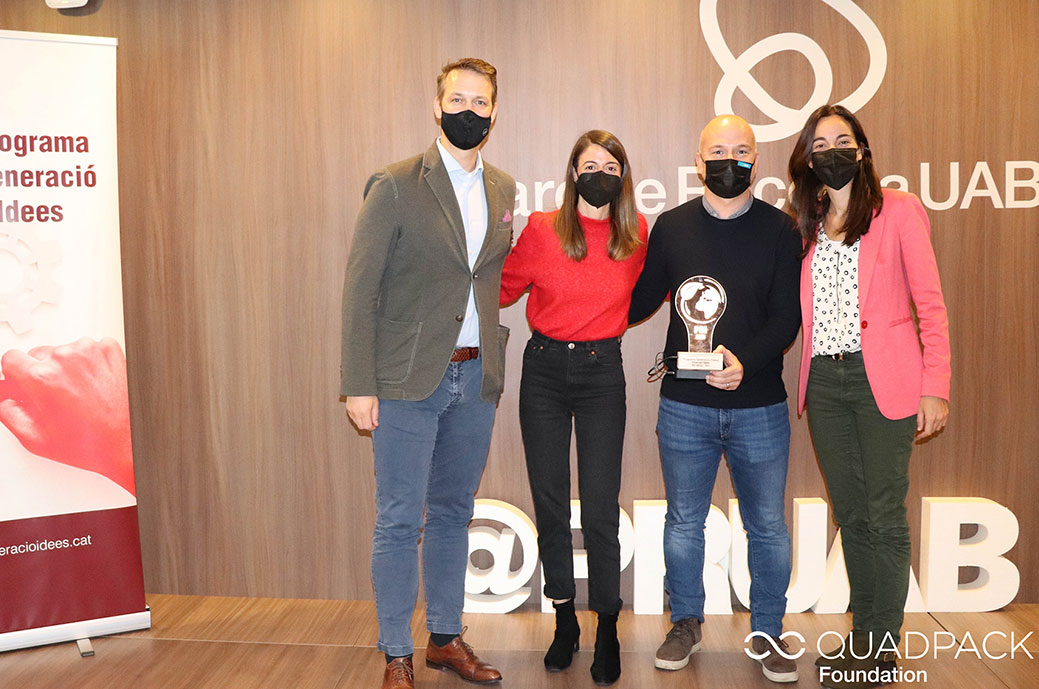 Quadpack Foundationn, the non-profit organization of the international manufacturer and supplier of beauty packaging Quadpack, has joined forces with the UAB Research Park, the non-profit foundation created by the Autonomous University of Barcelona, CSIC and IRTA and also to support scientific research on microplastics and its effects on people and the environment. The foundation sponsored the twelfth edition of Generació d'Idees (Generation of Ideas), an initiative that aims to foster an entrepreneurial spirit and a culture of innovation among researchers and doctoral students, putting them in contact with the current challenges of the industries.

Between September and December 2021, several multidisciplinary research groups participated in co-creation sessions and received entrepreneurship training, mentoring and prototype development support. Finally, this program organized a contest in which the participants had to present their projects to a jury made up of academics, industry experts and the general public.

The award for the Best Innovative Idea went to MP Food Watching, a solution that uses hyperspectral vision technology to better detect and visualize microplastics present in food. This project, presented as a quick and cheap solution for the food chain, received €1.000 to start a crowdfunding campaign, as well as support in mentoring and dissemination on social networks, and six months of incubation at UAB Open Labs, the network of open innovation of the university.

Qu4tre, a group of researchers including Quadpack engineers Roger Oller and Mariola Rodriguez, won the Audience Award with the Omnibox project, a reusable container for municipal markets, accompanied by an exhaustive logistics plan for distribution, recovery and cleaning within the framework of a zero waste solution. The group received as a prize six months of incubation and support for dissemination on social networks.

The microplastics, that is, plastic fragments smaller than 5 mm, may come from the disintegration of larger pieces of plastic or may have been originally manufactured with these dimensions, as is the case of the microspheres of hygiene and cleaning products. Due to the innumerable industrial applications of plastic and the poor management of its waste, microplastic contamination has increased exponentially.