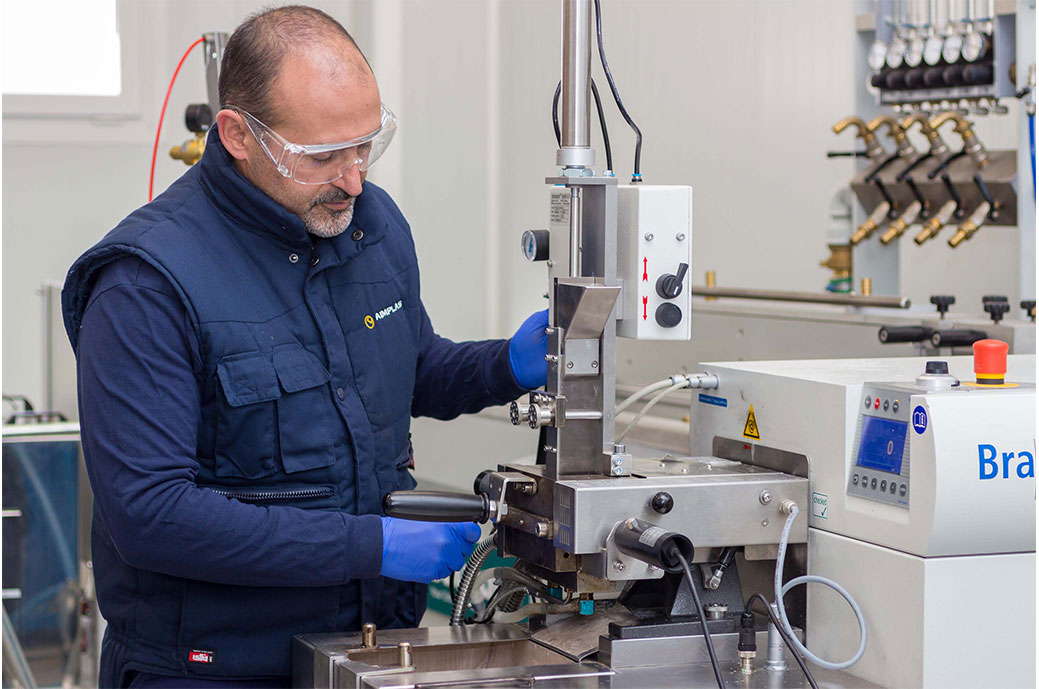 Aimplas, Technological Institute of Plastic, is developing an innovative biobased and compostable adhesive, within the framework of the ADHBIO project, financed by the Valencian Innovation Agency (AVI).

Hot-melt adhesive represents between 15% and 21% of the global volume of production and consumption of adhesives. The proposed biobased and compostable adhesive allows managing the end of life of the products that contain it without the need to eliminate it, since in some of the applications studied its separation will not even be necessary, as is the case of its use in paper labels, by allowing it to be managed in composting plants together with the compostable film or bag where it is adhered.

In other applications, such as those involving its use in containers made up of several laminated layers such as briks, the adhesive fulfills a double function: on the one hand, it allows the separation of layers because it has the property of being removable or peelable, which It is a clear advantage for its subsequent management in multi-material packaging whose end of life is recycling; on the other hand, the adhesive can be managed jointly in the event that the container that contains it is also compostable.

In the words of Miguel Angel Valera, principal investigator of the project at Aimplas, the adhesive that Aimplas is working on is "intrinsically friendlier to the environment because it does not use solvents, which contributes to reducing emissions of volatile organic compounds (VOCs) and the associated risks, as well as the energy consumption involved in eliminating these solvents in other types of adhesives”.

For the technical-economic and commercial feasibility analysis of the proposed adhesive, the project has the support of five companies from the Community: Biopolis, SL, Valles Plastic Film, SL, Timbrados Valencia, SL, Termoformas de Levante, SL and Miarco, SL, a leading manufacturer of hot-melt adhesives in Spain, whose role in the project is essential to achieve the transfer of knowledge to the business fabric.

The i + m brand chooses Sulapac® Nordic Collection by Quadpack
The German natural cosmetics brand i + m has launched Rose Deodorant Cream from its We Reduce! Line, in an innovative and sustainable 30 ml container from Quadpack's Sulapac® Nordic Collection. ...
DS Smith Launches New Two-Phase Sustainability Strategy
DS Smith has presented its new vision and strategy for sustainability Now and Next, which sets commitments and objectives for 2030. Through a two-phase sustainability strategy, DS Smi ...
Robert Thompson, Scientific Director of Materfad
"Knowledge of the material is essential for a better future" For a year, Materfad, the Barcelona Materials Center, created and promoted by the FAD (Foment de les Arts i del Dissen ...
Spain will multiply by 40 the waste treatment capacities for chemical recycling in 2025
Plastics Europe (pan-European association of plastics producers), Feique (Business Federation of the Spanish Chemical Industry) and Aimplas (Plastic Technological Institute) have presented the ...
Aneto, Tetra Pak's first plant-based broth brand
The Aneto range of broths changes its packaging for the new “plant based” packaging from Tetra Pak, which is more respectful with the environment, 87% made from materials from ren ...
Henkel closes a plastic waste reduction bond
Henkel combines attractive financing instruments with sustainable development, being the first company in the world to close a plastic waste reduction bond. The earnings of ...