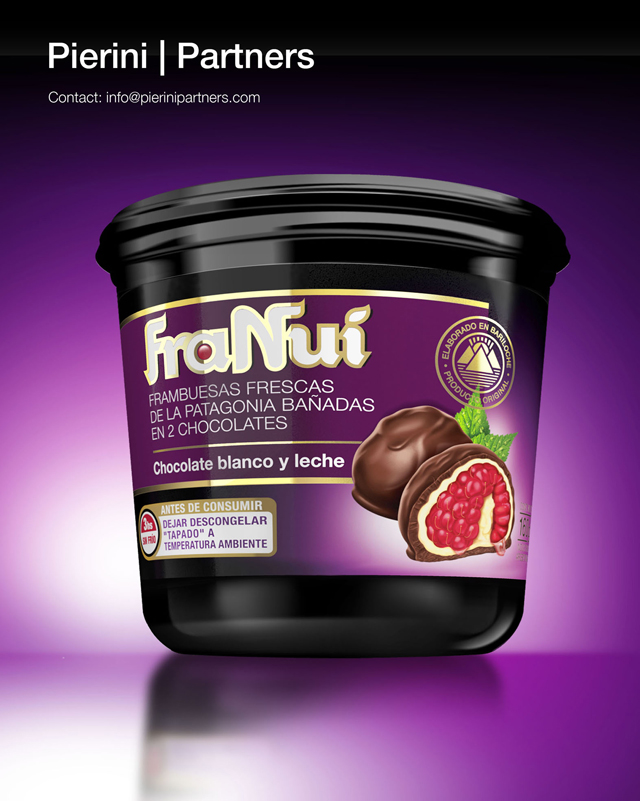 Originally from Patagonia, the Fenoglio family has strived to achieve in FraNuí a symbol of the highest quality using the best ingredients, such as fresh raspberries, which are the soul of these chocolates.
Argentine designer Adrián Pierini generated a distinctive layout, creating from scratch from the logo to the compositional structure. A solid identity was generated, with a relevant visual weight. The curved shapes convey a certain reminiscence of the flavors and sensations contained in its varieties.
Regarding the design of the packaging, it started from a rational structure that has the rectangle as its constructive axis and on it the referential image was given prominence, since it had to directly explain the essence of these chocolates (consisting of two layers of chocolate and a heart of Patagonian raspberry).
The illustration is accompanied by a series of complementary graphic resources that enhance its aspirations: modern cut typeface marginalized on the left, a quality seal that certifies the natural origin of its production and instructive vignettes that inform about the ideal mode of consumption.